Inside investment Strategies, Investment ideas on a Global platform.
With accurate inside trader information and our invaluable advice, you too could enjoy huge rates of return in excess of 100% on your investments.

A unique and informed collective of experienced market professionals with a passion and desire to seek out some of the most exciting investment prospects from around the globe. At Inside Investment Strategies we encompass current and ex market professionals whose operational careers span more than 3 decades.

Inside Investor Strategies offer our invaluable information and investment trading advice for free? Quite simply we are a collective of professionals, who in totality encompass over 30 years experience in investment markets and offer the best investment strategy and trading tips, spanning all continents of the world. 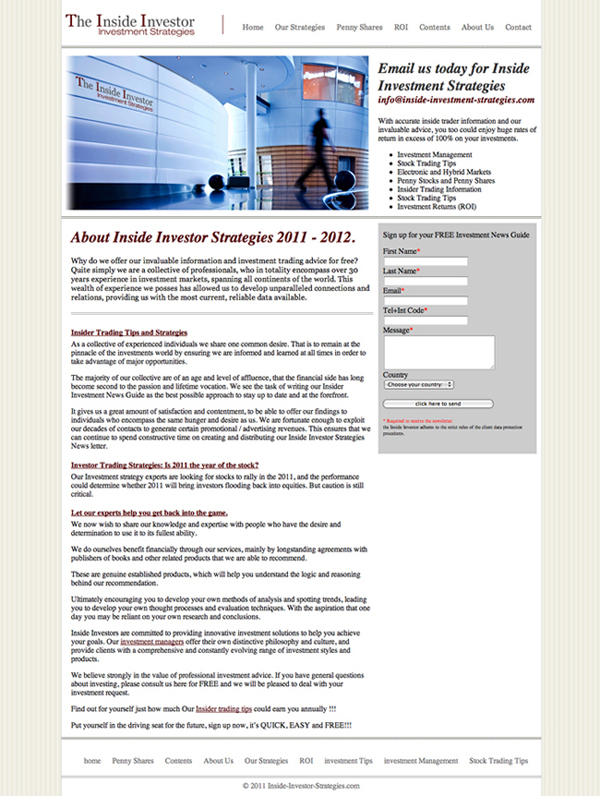 Majoka has recently spent time writing new songs for her third album which is planned to be released in fall 2011 on her label, Majokamusic. Look forward to strong melodies, a fresh sound and a personal expression in the borderland between soul/pop/funk/jazz. She´s accompanied by some of the smoothest players in the industry.

The New web design includes a Plasma People page, showcasing some of their cool chill out style. Plasmapeople will be releasing their debut album later this year, keep an eye out for PlasmaPeople, Get down to Earth.

For the launch of the new album she has decided to launch a new updated web site design, hope you like the new look. 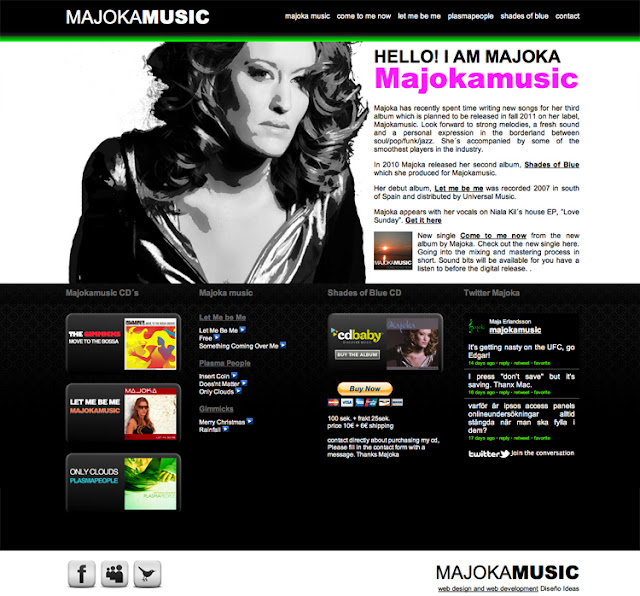 Web Design and Development by Diseñoideas web development marbella
Posted by Unknown at 09:43 No comments: